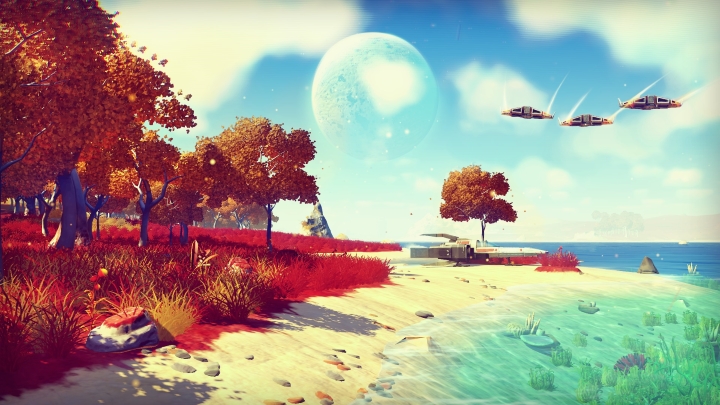 ADVERTISEMENT
It is clear that this game by developer Hello Games is one of the most hyped to date. And much has been made of the fact that No Man’s Sky will feature literally millions of planets for players to explore, in what no doubt will be a huge sci-fi game set in space. And clearly this game takes a tip from other space exploration games like the eagerly awaited Star Citizen and Elite: Dangerous. No Man’s Sky will also feature first person combat, and one of the game’s trailers (see below) shows the player fighting a bipedal robot in one of the game’s beautifully rendered planets.

But given that the game’s planets will be randomly generated, will they be different enough to make exploring the game’s universe worthwhile? Players will also be able to find mysterious artefacts that “could reveal the secrets behind the universe”, according to the game’s website, so maybe there’s more to these alien worlds than meets the eye. Also, the game’s trailers and screenshots show a variety of alien creatures roaming the planets, so perhaps No Man’s Sky might even end up being one of the year’s top gaming experiences…