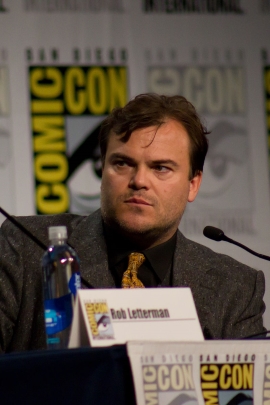 ADVERTISEMENT
There is no doubt that Jack Black is a Hollywood talent, and the American actor has found success starring in movies like Goosebumps and big blockbusters like Peter Jackson’s 2005 King Kong remake. He’s also done voice work for movies like Kung Fu Panda, and even video games like Brutal Legend, whose lead character Eddie Riggs was also modelled after Black.

And in an interview with American newspaper USA Today back in 2009, Black said he was thrilled to work with Brutal Legend designer Tim Schafer, as he had been a fan of his earlier adventure game Psychonauts. He also stated that he grew up playing classic arcade games like Space Invaders and Pac-Man, and that his biggest achievement in gaming was completing the Xbox racing game Project Gotham Racing at its hardest difficulty setting, even sending a picture of himself giving the finger to the game creators after completing the feat…