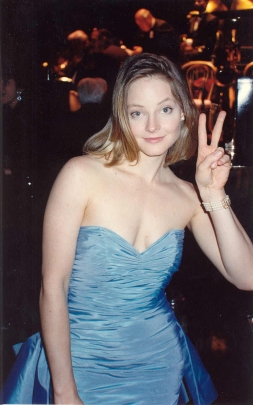 ADVERTISEMENT
American actress Jodie Foster is clearly one of the most talented women of her generation, having won multiple acting awards, including the coveted Academy Award for her role in the chilling serial killer movie Silence of the Lambs. She’s also starred in box office hits like 2013’s Elysium, acting alongside Hollywood star Matt Damon.

But despite her acting ability, she admitted in an interview that she is actually not that talented when it comes to music, having failed to learn how to play the trumpet in the past. But she makes up for it playing video games, specifically the famed Guitar Hero, saying that playing music in the game is easy because “you can just press the buttons”, clearly showing an appreciation for the great pastime that video gaming is…