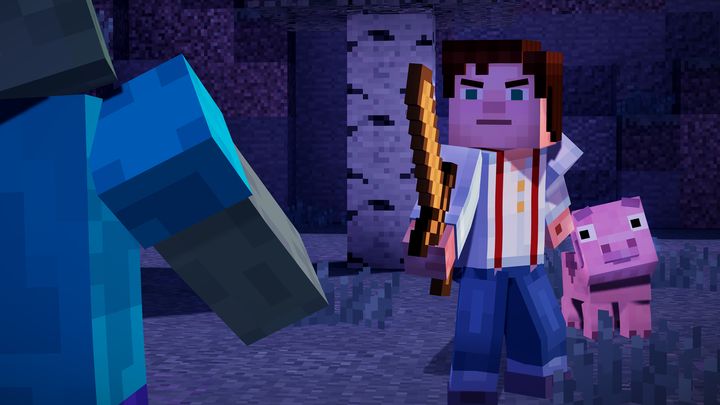 This Minecraft-inspired adventure game wasn’t Telltale’s best, but younger players and Minecraft fans might still want to take a look.

Minecraft is one of the most popular video games in the world, and one of the top-selling games ever thanks to its engaging crafting and building gameplay and cute LEGO-style open world. And this Telltale episodic adventure game set in Minecraft’s world is clearly aimed at younger audiences, featuring some impressive backdrops (which look like they could have been built in Minecraft itself), and those pixelated and blocky characters in the trademark Minecraft style.

But aside from protagonist Jess (which can be male or female according to player choice) none of the supporting cast are that interesting, and there’s also an overabundance of quick time events which require precise button timing, and only a few great puzzles. But still, even if some episodes were a bit too short and perhaps Minecraft’s art style is not quite right for an adventure game, this is still a decent, family-friendly adventure game from Telltale.