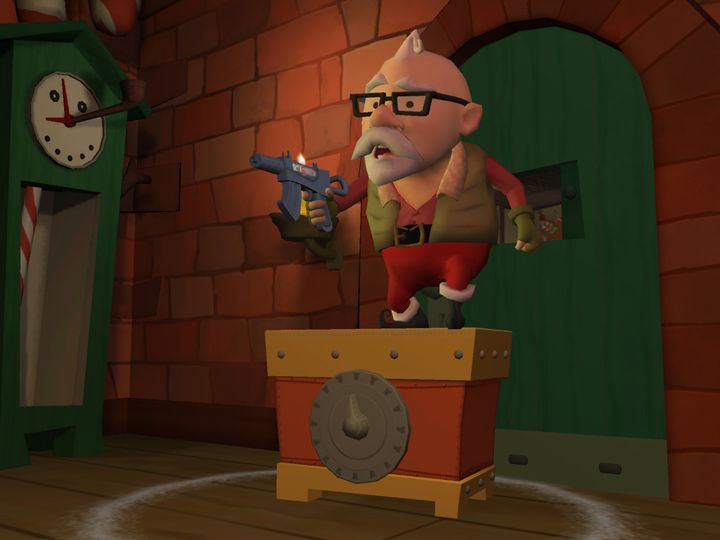 Santa is no match for Sam & Max in this Telltale video game.

Despite the goofy weirdness and hilarious situations of the final Sam & Max season (the pretty good The Devil’s Playhouse), it is clear that Telltale’s Sam & Max reached a high point during season 2, as it was better overall than the later season 3. Because the antics of freelance police duo Sam & Max were the funniest ever in this season’s episodes, like in episode 2 in which psychotic rabbit Max and canine detective Sam travel to the North Pole to deal with a deranged and violent Santa Claus and his elves…

But perhaps the highlight of the season was the “Chariots of the Dogs” episode, which featured plenty of hilarious situations, including a feisty musical number performed by an extra-terrestrial band of Mariachis on a spaceship… All in all, this was one of the funniest Telltale adventure games released to date, and a must for Sam and Max fans and adventure game aficionados.