2. The Wolf Among Us 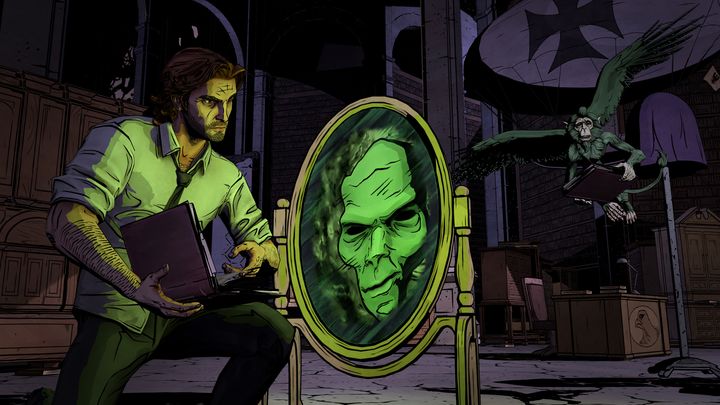 The Wolf Among Us is a fairy tale for adults with plenty of surprises in store.

This game based on the Fable comic books was a dark, gritty and adult adventure game, starring characters from fables and folklore like the Woodsman, Red Riding Hood, Beauty and the Beast, and protagonist Bigby Wolf…

Set in late 80’s New York, sheriff Bigby is tasked with solving a brutal murder in Fabletown, a fictional community of “Fables” who have escaped to the real world after the fantasy world they used to inhabit has been taking over by evil, forcing them to reside as outcasts in the real world, consuming a substance known as “glamour” in order to look like humans.

While solving his criminal case protagonist Bigby will get to question suspects and deal with the criminal underworld in the seediest parts of Fabletown, making choices that have deep consequences in what no doubt is one of Telltale’s best games to date.