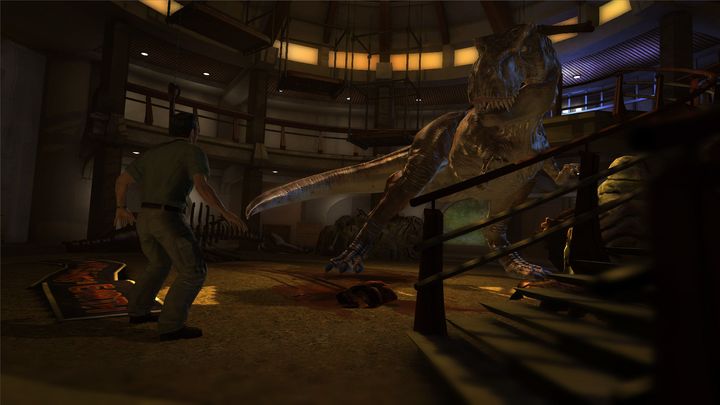 Nothing really clicked in this Telltale adventure game based on the Jurassic Park movie.

Jurassic Park was one of the best-known movies of the 90’s, featuring great characters, action and thrills. But sadly this Telltale adventure game based on it was something of a let-down. Set after the events of the original movie, a group of characters is sent to retrieve dinosaur embryos (those a character in Spielberg’s movie ended up tragically losing) but things go haywire and a rescue team is called in…

Unlike earlier Telltale adventures though, here you control way too many characters (a merc, doctor and soldier amongst others), which you never get to know that well, plus the puzzles just involve moving the controller’s thumbstick looking for clues. There are also quick time events in which you run away from the dinos by pressing series of buttons in quick succession, dinos that were not as fearsome as in the movies (even raptors could be defeated in one on one combat with a knife), in a Jurassic Park game that certainly failed to live up to the blockbuster movie it is based on.