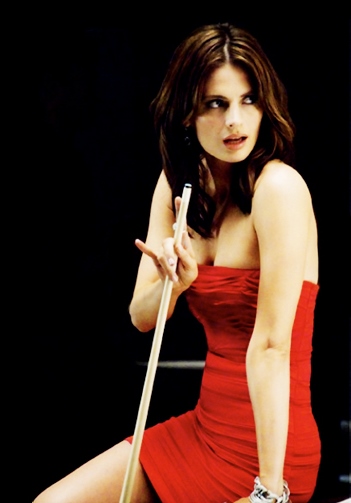 ADVERTISEMENT
A Canadian of Eastern European descent, Stana Katic has been doing TV work for yonks. She has a leading role in the American crime TV series Castle and appeared in the sci-fi series Heroes, alongside the lovely Kristen Bell. She won the “Most Glamorous Actress” prize at the Monte Carlo Television Festival, an accolade that certainly speaks volumes for her sexiness.

In the movie world, this girl has been in big films such as Quantum of Solace, where she let her sexiness show in a brief turn as Bond girl Corrine Veneau.

To gamers, she is known for having voiced Talia al Ghul in the best-selling game Batman Arkham City. Talia is Batman’s object of desire and Stana proved, beyond a shadow of doubt, that her voice is as sexy as her looks.