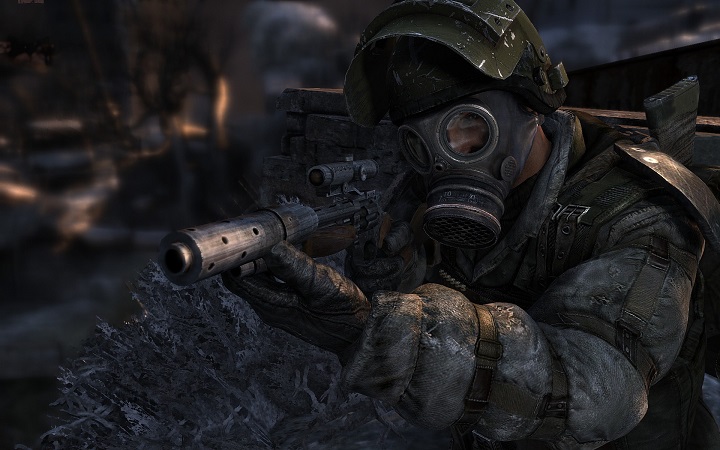 This game is set in a post-apocalyptic world, and has atmosphere you can cut with a knife. It is also famous (or infamous) for its high difficulty: you truly felt like you were trying to survive in the desolate tunnels of the Moscow metro. Not only was ammunition as scarce as water in the Sahara desert, but when played in the “Ranger Hardcore” difficulty mode, one enemy bullet is all it took to take you down. Things on the surface weren’t any easier: not only did you have to worry about the mutants wanting to tear you apart, but had to constantly watch your oxygen levels – even breathing was difficult in this game.

The Library level. Taking down those librarians (gorilla-like mutants) sure was one difficult task – they could put you down in a second, and soaked bullets like King Kong.