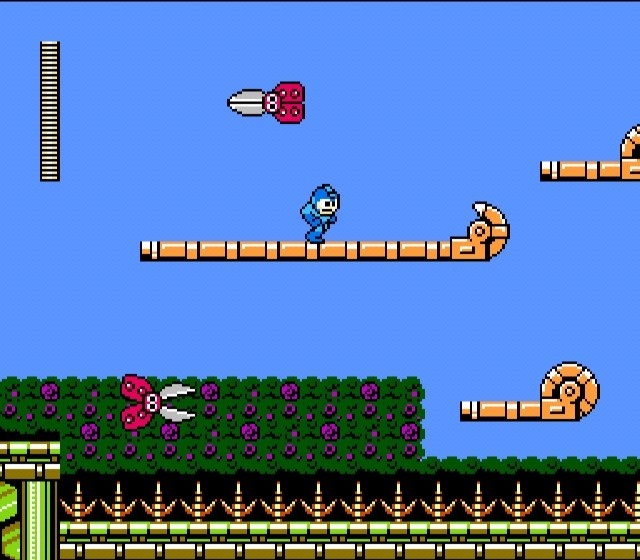 This iteration of the Mega Man series is an old school platformer, it even looks like the classic 8-bit NES games of the past. It also brings back the difficulty of the earlier games, making Mega Man’s attempt to stop his arch-enemy Dr. Wily harder than ever. This is a game of the Dark Souls school of thought: losing is part of the experience, and after each cheap death you were always sent to the beginning of the level.

Defeating Galaxy Man. This robotic boss would fire a floating vortex ball. It did not look like a big deal, but it would suck poor Mega Man in, and do its damage. The Galaxy guy would also be waiting under it, ready to finish the job…