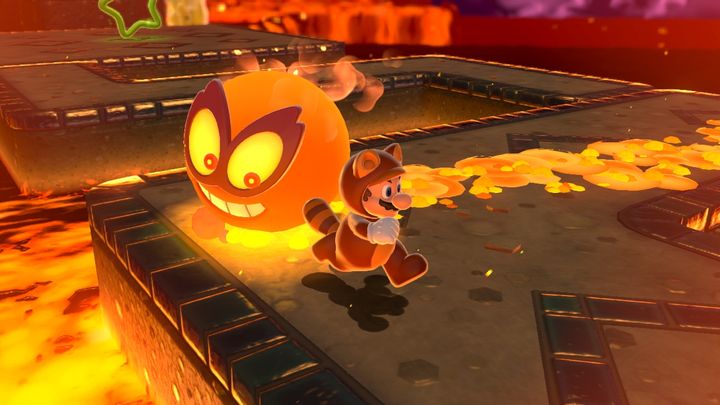 Running around in Mario’s racoon suit never got old in this game.

This was the first Super Mario game to take place in the Sprixie Kingdom, with villain Bowser going after the Sprixie Princesses here (instead of his usual victim Princess Peach). Actually Peach was a playable character in Super Mario 3D World, and the game featured some pretty great multiplayer action with players taking control of Mario, Luigi, Toad or Peach herself. Each character boasted unique abilities like Peach’s float jump or Toad’s speed boast, making the race to the end of the level quite a bit of fun.

The levels themselves were just as colourful and imaginative as in earlier Super Mario entries, from a cute carnival circus to Bowser’s devious amusement park in the sky. Plus the things you got to do in them, like riding a dinosaur or jumping on the heads of giant ants in order to cross a deadly chasm, were just as fun. So even if the levels lacked the scope of Super Mario Galaxy 2, this is still one of the best Super Mario games to have hit a Nintendo console ever.