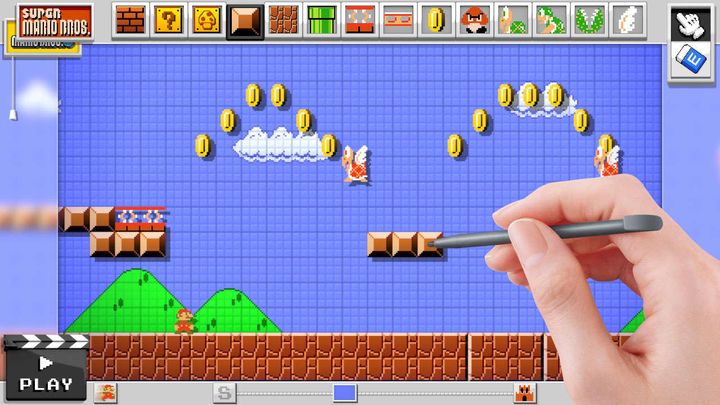 Nintendo’s Wii U console perhaps wasn’t the hit the Japanese company might have been hoping for, but it did have quite a few great exclusives in its line-up. One of these was Super Mario Maker, which was released in the year of Mario’s 30th birthday. And Super Mario Maker surely was a great tribute to Nintendo’s most popular character, as the game featured a powerful level editor that let you build all sorts of levels with its intuitive and humorous interface.

And it was possible to build levels in the style of Super Mario Bros. or New Super Mario Bros. and all games in between, choosing from a variety of locales such as castles and even underwater settings. This also came packed with more than 60 levels made by the people at Nintendo themselves, even if it clearly was no substitute for a standalone Super Mario game. But still, the fun of trying out other players creations online surely made this game one of the best to hit shelves in 2015.