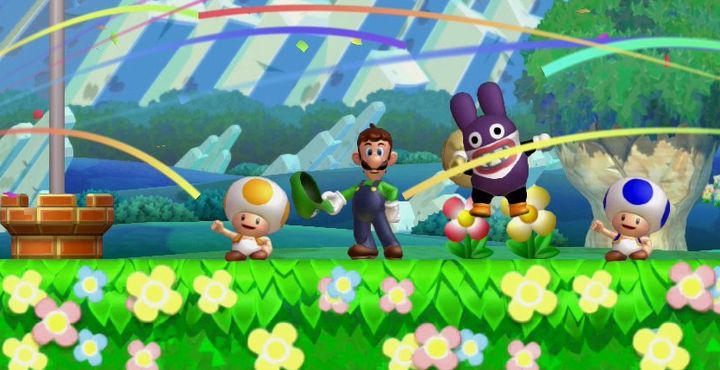 Originally released as DLC for Super Mario Bros. U, this later became available as a standalone title.

Luigi was protagonist for the fourth time in the series in this spin-off game. So, we got to play with the slender and more agile Luigi this time, who assumed hero duties here in order to save Princess Peach from Bowser for the upteenth time.

And controlling Luigi across more than eighty stages was a thrill here, in part due to his extra speed and agility, something that came in handy when clearing some of this game’s devilishly difficult stages. Plus, the 100 second timer served to keep players on their toes, and made getting all those collectibles an even harder proposition.