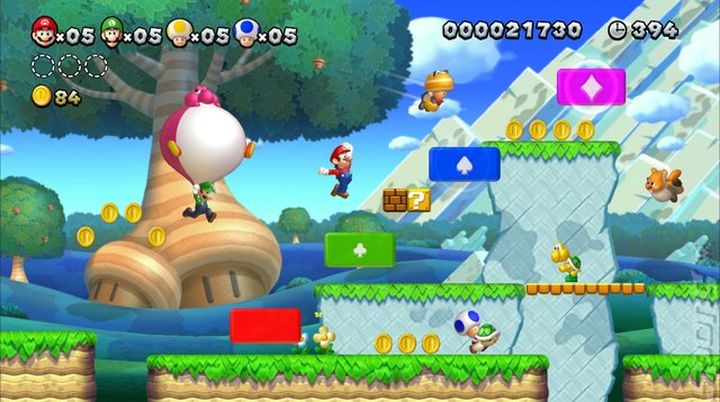 This game brought back the fine 2D gameplay seen in classics from the NES era such as Super Mario Bros. 3 and the earlier Super Mario World in one fine package for the Wii U. Also welcome was the colourful and dynamic world map, something which players had been missing in the last couple of entries. Plus, those set-piece boss fights also made a welcome return in a Super Mario game which did not quite offer as great an experience as the earlier New Super Mario Bros. Wii.

New Super Mario Bros. U did feature the clever “boost mode”, though, in which one player would grab hold of the gamepad and stylus and alter the level by drawing in new platforms in order to help or hinder their friends in the game. The 5 person multiplayer did get chaotic (and mean spirited) at times, though. But New Super Mario Bros. U’s responsive controls and the inventive and colourful levels meant this was still another great platform game in the Super Mario canon nonetheless.