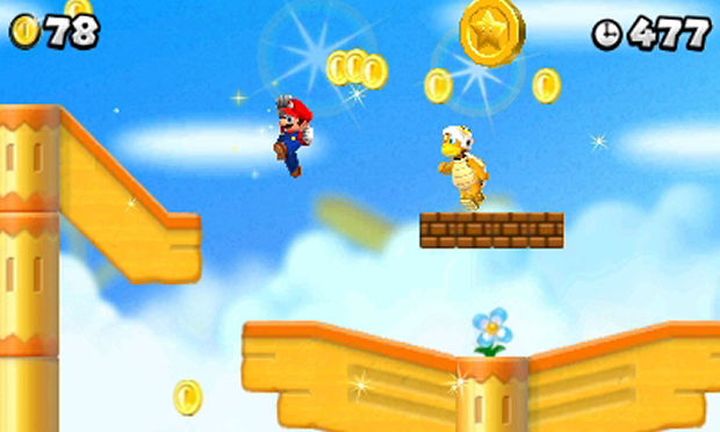 After the phenomenal success and critical reception of Super Mario 3D Land, this game turned out to be a slight disappointment. This is because New Super Mario Bros. 2 did not innovate enough on its predecessor, and was also rather short. Its levels were not the expertly-designed beauties we have come to expect from Nintendo, plus this did not make the most of the 3DS handheld either.

Going after Bowser and his minions in New Super Mario Bros. 2 was still fun, though. And the healthy amount of stages included underwater ones where Mario had to fight pesky jellyfish, plus others which required quick reflexes and precisely-timed jumps to succeed.

This also had enough coins to please any collector, plus an interesting “coin rush” competitive mode in which players had to collect more coins than their rivals across several timed stages. So while New Super Mario Bros. 2 might not be the most memorable entry in the series, this still is classic fun Nintendo platforming at its best.