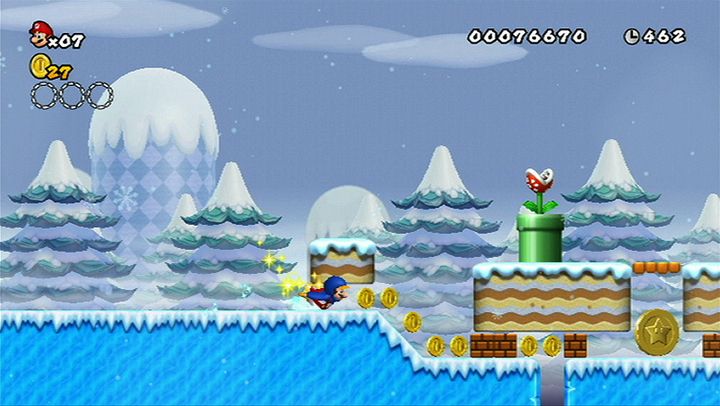 This game featured cool power-ups like the ice flower and the penguin suit, but was still a challenge nonetheless.

This was also the first Super Mario to feature four player, co-op multiplayer, something that admittedly the later Super Mario 3D World did better. Actually, it was too easy to get in your friends’ way in games or push each other into the pesky Goombas, and the fight for power-ups could turn nasty sometimes… But the expertly designed levels, challenge and creativity on display proved why nobody can quite manage to make platform games the way Nintendo does.