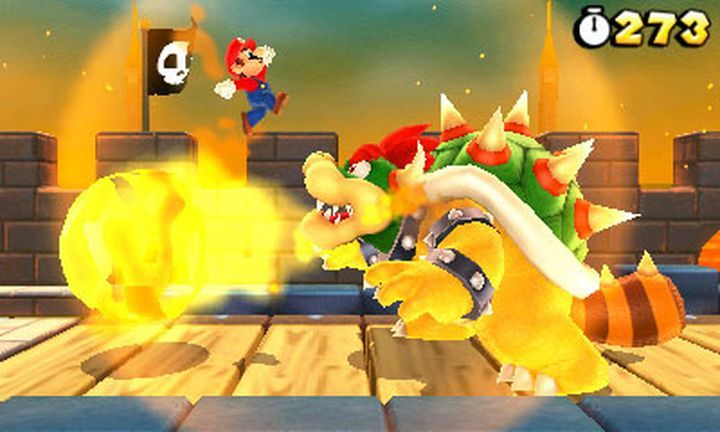 Bowser was after Peach in Super Mario 3D Land.

And although Super Mario 3D featured the same tired old plot of Bowser kidnapping Peach (something he apparently never gets tired of) and was rather short and easy (at least in the early stages), the thrill of completing a level by jumping on a flagpole never got old. Of course, this wasn’t the revolution the Galaxy games were, but this Super Mario game surely proved that classic Mario platforming could be as popular on handheld consoles, and sold millions of copies to boot.