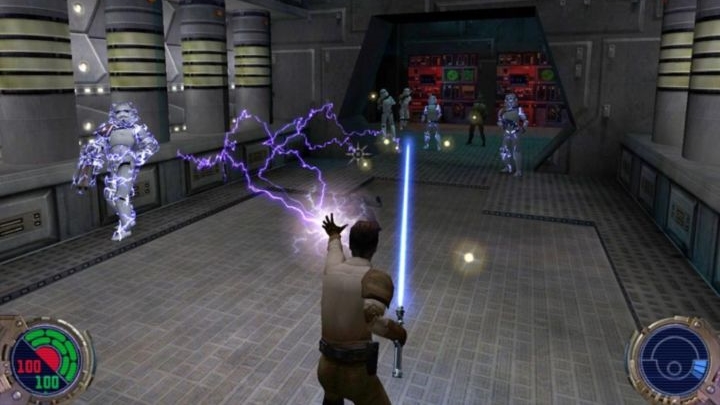 ADVERTISEMENT
The first Jedi Knight game was something of a masterpiece: it followed the exploits of mercenary Kyle Katarn, who would later become a Jedi. The first-person shooting bits were fun, but once you got a lightsaber in your hands this offered some of the best gameplay of the 90’s (mind the cheesy full motion video though). And its sequel Jedi Knight II: Jedi Outcast was just as good – its combination of lightsaber combat and force powers might remind you of Respawn’s more recent Star Wars Jedi: Fallen Order game.

It’s a pity, then, that another Jedi Knight game isn’t getting made, as Star Wars: Jedi Knight III – Brink of Darkness was cancelled. Jedi Knight III was meant to be a conclusion to the adventures of protagonist Kyle Katarn in a galaxy far away, but LucasArts decided to axe the project as Jedi Knight: Jedi Academy (an earlier game in which Katarn appears as a non-playable character) turned out to be a success.