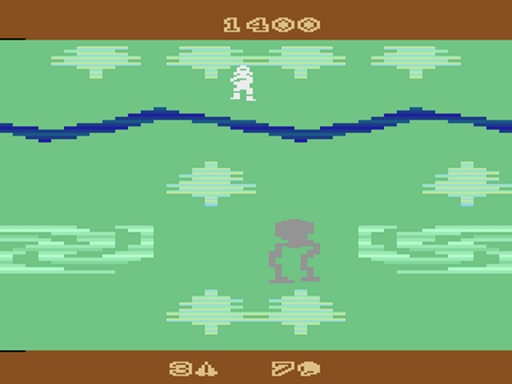 ADVERTISEMENT
This game was in development back in the 80’s, when the Atari 2600 console was a cool thing and video games where still in their infancy. Ewok Adventure was meant to be one of two games based on The Return of the Jedi movie. This one had the player controlling an Ewok on a hang glider whose task was to blow up an Imperial shield generator. It was also possible to control vehicles like speeder bikes and AT-ATs too (if you can’t imagine an Ewok riding a hang glider, try to imagine him on a speeder…).

The game, though, was unable to cause a disturbance in the Force as it was canned by would be publisher Parker Brothers. This was due to a disagreement with the game’s designer over the controls – they thought these would be too complicated for players at the time (imagine them wrestling with modern video game controllers then). Ewok Adventure was consigned to the dust bin of history, but players can still take a look at this cancelled Star Wars game in the video below.