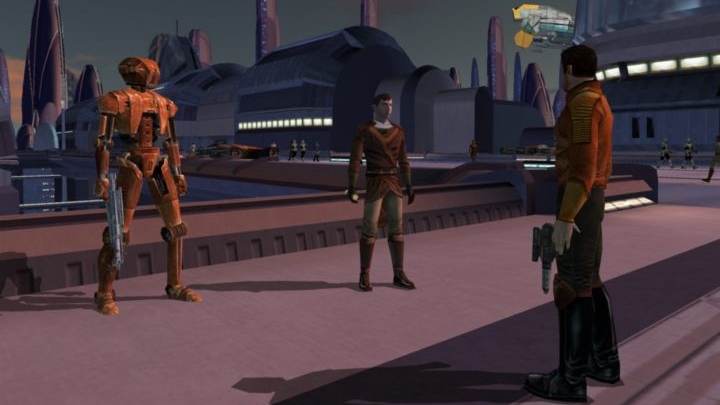 ADVERTISEMENT
Knights of the Old Republic has the distinction of being the first Star Wars role-playing game to be released for console and PC. You could create your own character, making him as evil or pious as you wanted. The turn-based combat was visually spectacular, while its great plot and fantastic cast of characters means Knights of the Old Republic is many people’s choice of best Star Wars game to date.

Star Wars: Knights of the Old Republic 2 – The Sith Lords delivered more of the same, but was made by Obsidian Entertainment instead of BioWare. It lacked the charm of the original with its more serious story and characters, but was still a success. This left many people wondering why the third Knights of the Old Republic game hasn’t been made already – apparently one was in development at Bioware but got squashed. Obsidian had plans for a third game which would have focused on a monstrous version of the Sith Lords, but never got off the concept phase either.