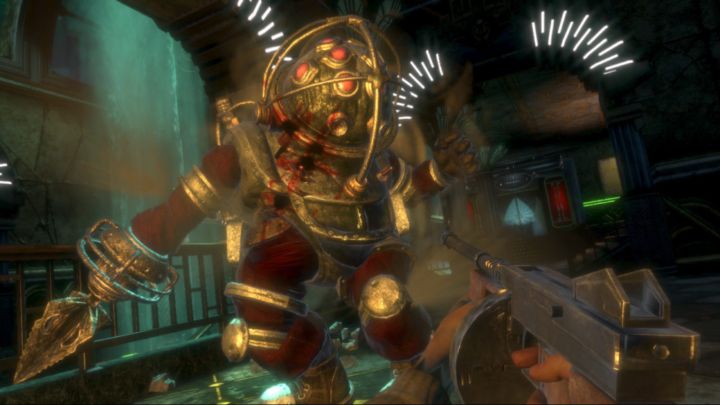 ADVERTISEMENT
Many gamers were excited back in 2011 when Irrational Games’ boss Ken Levine announced a Bioshock game for PS Vita, the portable console made by Sony. The Bioshock games as most video fans know, are some of the best first-person action games made to date.

The first game was set in the underwater city of Rapture, and got high marks from reviewers due to its deep story and great gameplay. The game had memorable enemies like the heavily-armoured Big Daddies, and players could wield magic-like powers known as Plasmids, which were a joy to use in the game.

The PS Vita version of Bioshock would have been a Final Fantasy-style game and would have boasted turn-based combat. It would have taken place in Rapture before the fall – the civil war that destroyed everything and left things in a state of chaos. It’s likely development of the game never got going, though, as not a single image of Bioshock for the PS Vita was ever released (the one you see above is from the original 2007 game). Also, given that the PS Vita was discontinued by Sony and that Irrational Games disbanded in 2017, we’re definitely not going to see a Bioshock game for the Vita anytime soon…