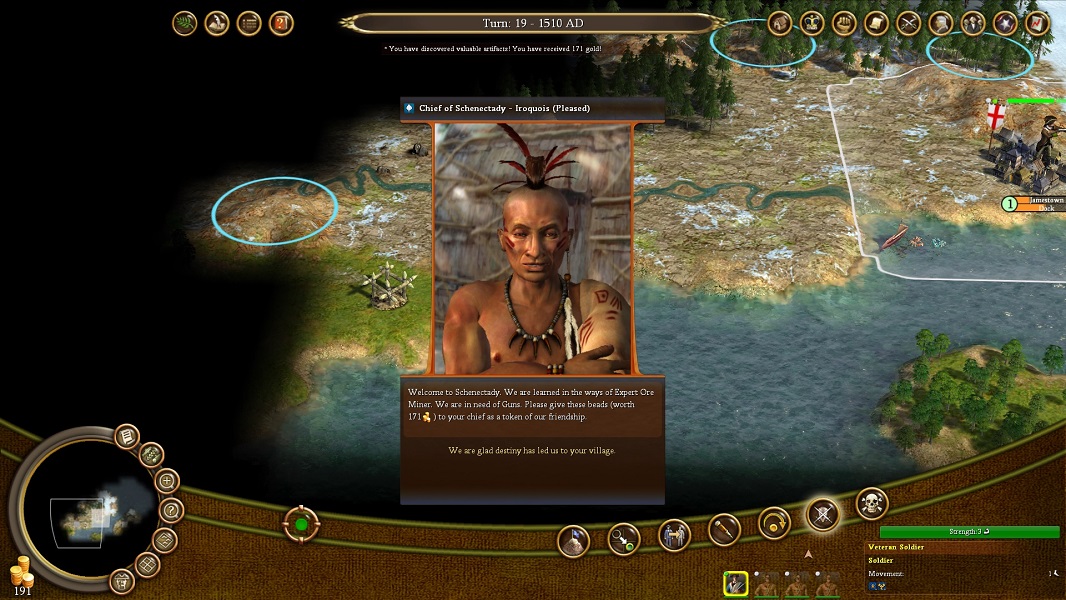 With Colonization, Sid Meier and company sacrificed the wide scope of the Civilization games to focus on the European colonization of the Americas. This is a game in which you tried to coexist with the natives at first, but you always ended up backstabbing the Indians and raiding their settlements for precious gold and silver. So no, it wasn’t like Pocahontas, but sadly real life rarely turns out like in a Disney movie (and neither do classic strategy games like this one).

The original game looks quite dated nowadays, but thankfully it was remade in 2008, which allowed players to relive the era of the colonization of the New World in glorious high definition.