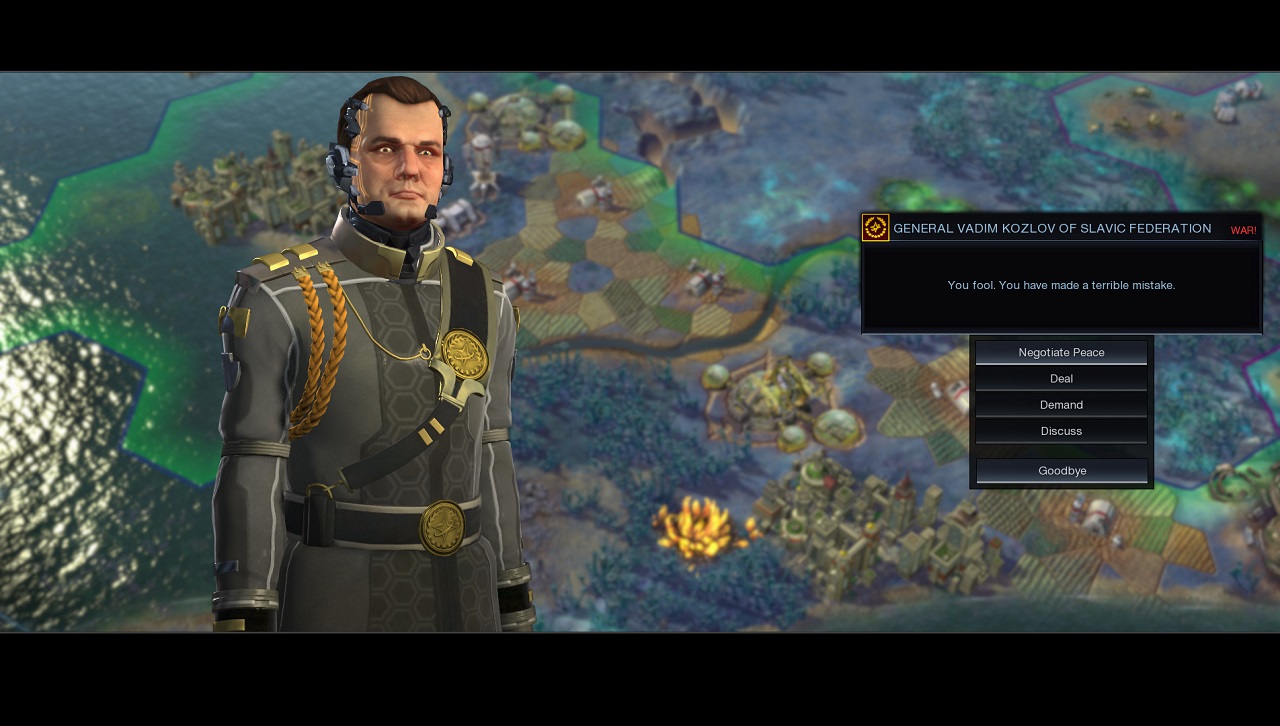 Beyond Earth’s leaders were not a charismatic bunch – none of them holds a candle to Civilization V’s Gandhi, that’s for sure.

Beyond Earth was the spiritual successor of the earlier Alpha Centauri, and certainly a radical departure from Civilization V. Set on an extra-terrestrial planet on which humans have landed to seek their fortune after leaving behind a decadent earth, Beyond Earth pitted human factions such as the Slavic Federation and African Union in a bitter struggle for territory and resources.

But its alien world setting was not as captivating as Earth with its familiar history, and the leaders were somewhat bland and lacked charisma. Also the fact that the computer factions were a bit passive and offered little challenge did not help make this game a compelling experience. But hopefully Firaxis will add to Beyond Earth in upcoming expansions, improving the gameplay experience as they did with their critically acclaimed Brave New World expansion for Civilization V. As it stands though, Beyond Earth is a good, though not great, entry in Sid Meier’s legendary Civilization series.