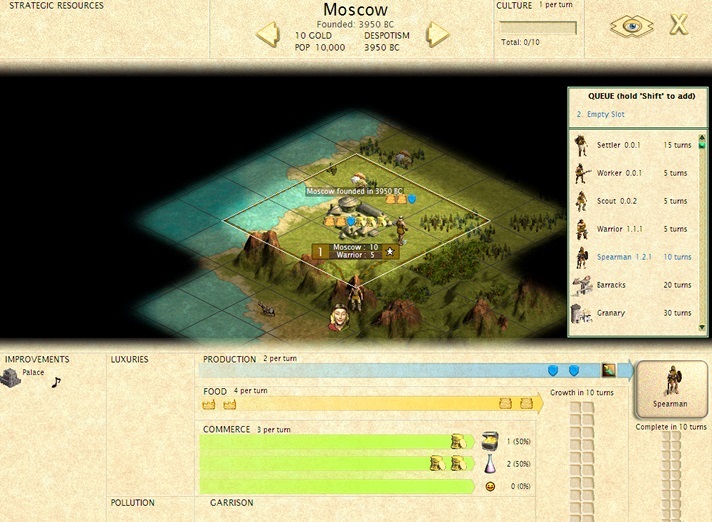 Forget about building nukes if there is no aluminium around…

Give Civilization III credit for having introduced multiplayer to the franchise, and national borders. No longer would those pesky AI leaders settle in your territory, despite your constant protests.

However, the way it handled strategic resources made this game less attractive than it could have been. Starting the game on a continent with no iron made reaching the industrial revolution a sad experience indeed, and the game’s buggy release did not help either.