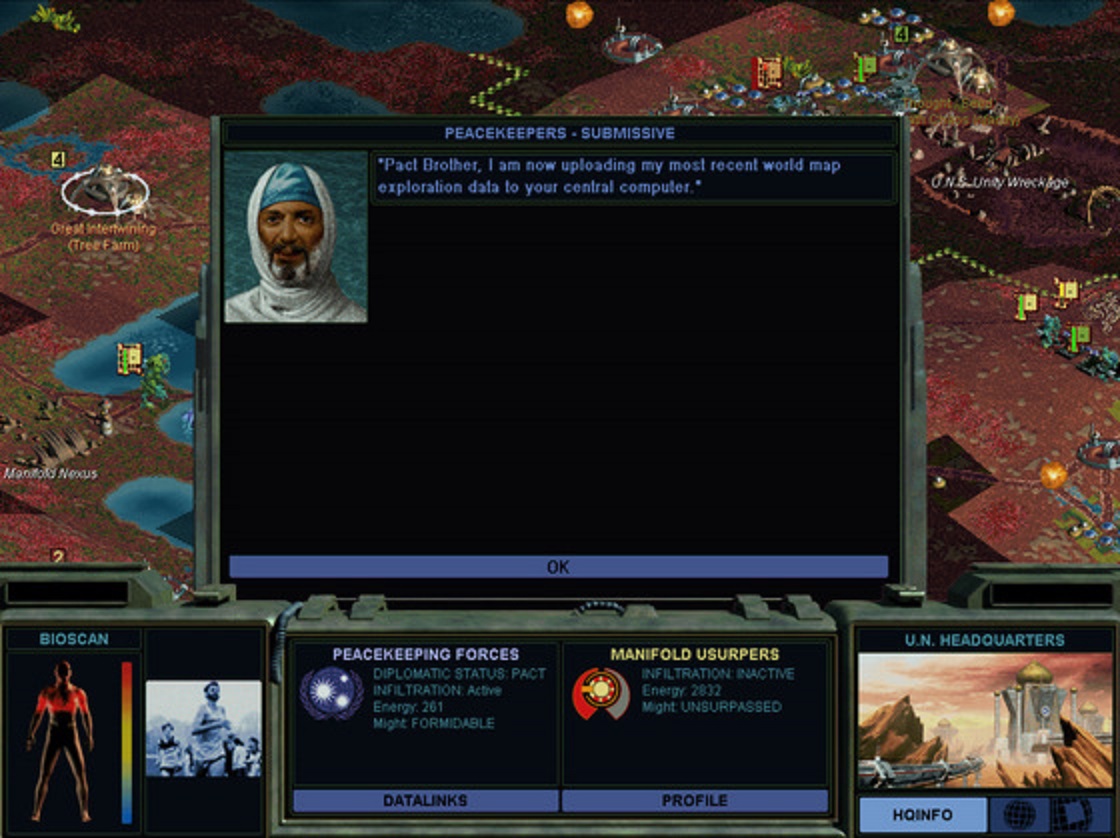 In space no one can hear you scream… or strategize.

This was the first game to take the Civilization formula beyond earth. The whole thing starts where many Civilization games end: when your spaceship reaches Alpha Centauri. So it’s humans trying to colonize an alien world this time.

Alpha Centauri was highly regarded at the time, what with its good sci-fi history, ability to manipulate terrain to your heart’s content and deep technology tree. But it was the worst selling game of the franchise, maybe because things felt so alien. A technology named “Sentient Resonance” obviously did not resonate with players as much as “The Wheel”. Its complex gameplay was not for everyone then, but thankfully the later Civilization Beyond Earth managed to recapture the magic while offering a more accessible experience.