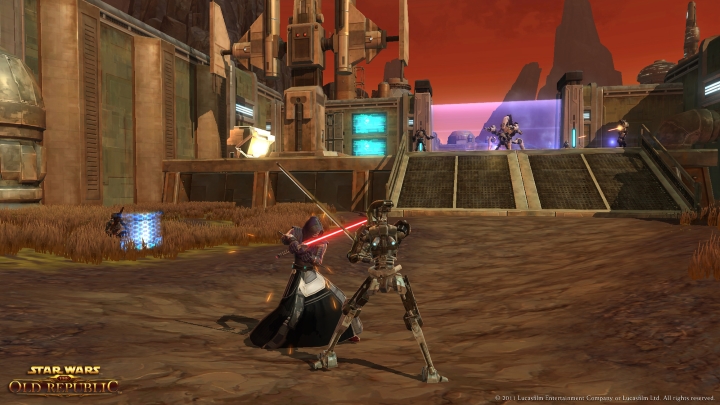 ADVERTISEMENT
This online role-playing game by Bioware offered a similar experience to Knights of the Old Republic, but with the added bonus of being able to play with others. It is rumoured that the game had a rather big budget, as it was the most expensive game ever made until GTA V came out.

The Old Republic offered an enormous amount of content, as it featured eight branching storylines. These could be enjoyed alone, if AI companions were enough to keep you happy, or with others. As a matter of fact there were plenty of opportunities to be social and enjoy the game with other players. There were multiplayer dungeons and specific quests that could only be solved with other human players, and it was even possible to participate in in-game conversations as a group. But the space combat was sadly something of a let-down, as those bits were single player only, with the player being forced along a predetermined route like in the “rail shooters” of old such as Rebel Assault.