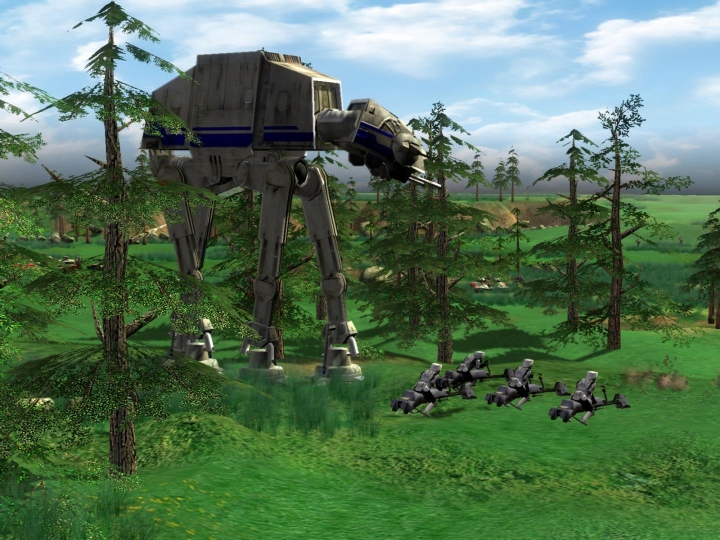 ADVERTISEMENT
Most people who saw the Star Wars trilogy when they were kids probably dreamed of being Luke Skywalker and fighting a lightsaber duel against Darth Vader, or being Han Solo and escaping the Empire’s starships in the Millennium Falcon.

Star Wars: Empire at War offered a different experience, though, and let you play strategist and direct either the Rebel or Empire forces in their quest to take over the galaxy. So players had to focus on the big picture, as if they were playing a character like Governor Tarkin (who was in charge of the Death Star in the first movie) or Admiral Ackbar, who directed the Rebel fleet in Return of the Jedi.

In the game players could make strategic decisions on the galactic map, such as choosing which planets to attack, and when Empire and Rebel forces met, tactical battles on land and in space would ensue. These looked pretty great, and it is clear that this game is probably the best Star Wars strategy game to date.