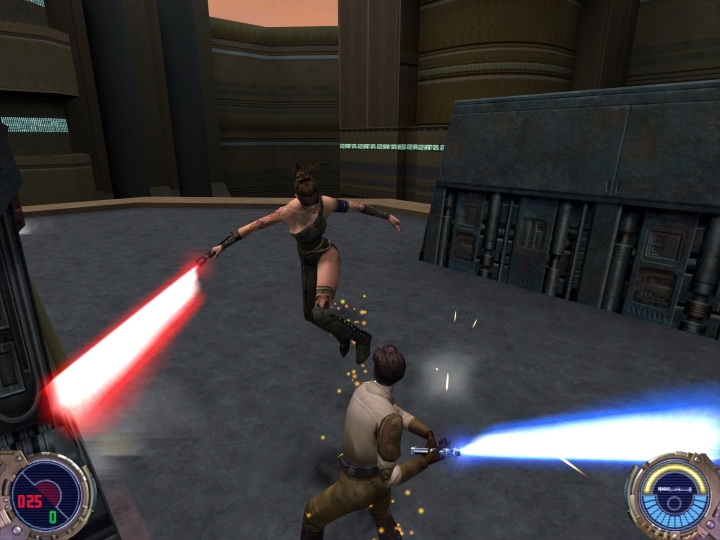 ADVERTISEMENT
Jedi Knight II did away with the cheesy movie bits with real actors of its predecessor and instead featured good old fashioned 3D characters. The game had a pretty good story in which protagonist Kyle Katarn returns to the path of the Force, and takes on an evil group of Jedi known as the Reborn. And it was heart-warming to see Luke Skywalker make an appearance later in the game, when Katarn travels to the Jedi Academy for training.

The gameplay was top-notch, despite a slow start and a few tedious puzzles, with some great lightsaber action in third person mode and the same great feeling of being a Jedi knight as its predecessor. As a matter of fact this game topped Gametrailers’ list of the 10 best Star Wars games back in 2007.