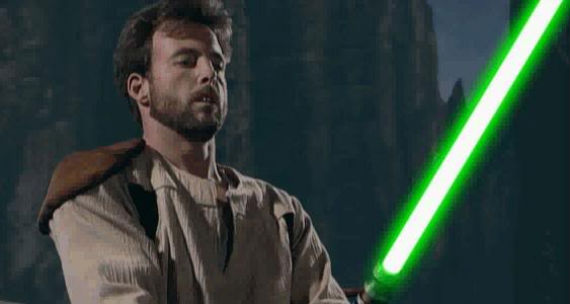 ADVERTISEMENT
Like other Star Wars games from the 90’s, Jedi Knight had full motion video cutscenes with real actors. But watching the videos today it is obvious that the acting would not win any Academy Awards, as a matter of fact this game featured some of the worst acting this side of the Wing Commander movie. But still, the story was entertaining, following the exploits of mercenary turned Jedi Kyle Katarn, who was a great character.

And the game had some really great gameplay. The first person shooting action was decent enough like in the earlier Dark Forces game, but once you got hold of the lightsaber the game truly conveyed the feeling of being an unstoppable Jedi knight – deflecting storm trooper laser shots before taking them down and the lightsaber duels with dark side Jedis sure were a great experience.