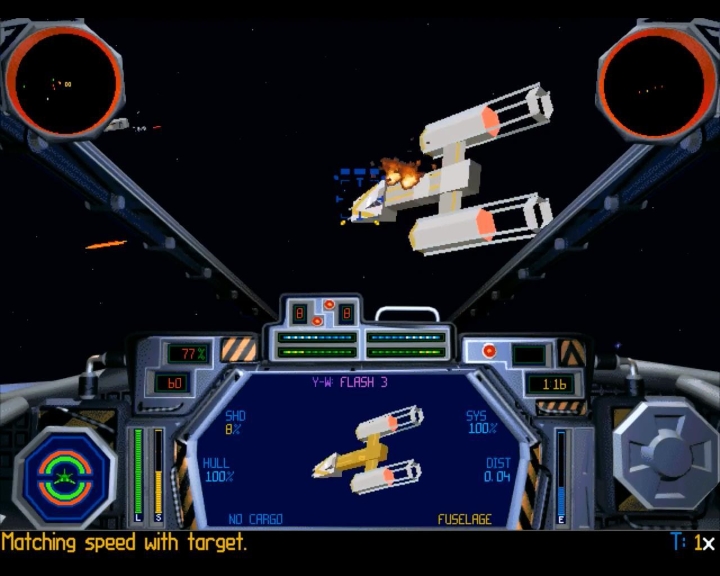 ADVERTISEMENT
Tie Fighter was a space combat simulator, and was the successor to LucasArt’s video game X-Wing, which was released in 1993. And while in X-Wing the player flew missions for the Alliance and fought for the light side of the Force, Tie Fighter it was all about embracing the dark side and joining the Empire. The missions went from escorting star destroyers to taking down rebel starships, and even Darth Vader was the player’s wingman in a series of missions.

All in all, Tie Fighter was a rather epic space combat game that perfectly captured the atmosphere of the Star Wars movies and made gamers feel like a hotshot imperial pilot.