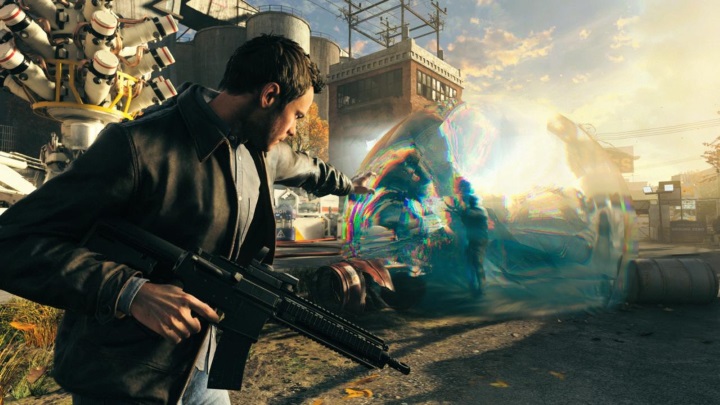 ADVERTISEMENT
Perhaps the most original game shown at this year’s Gamescom was Microsoft Quantum Break, an Xbox exclusive that will be released in April next year. The game is being developed by Finnish outfit Remedy Entertainment, who were behind the classic Max Payne series and the original horror game Alan Wake.

And it looks like the upcoming Quantum Break could be Remedy’s most original video game yet, as it will feature a fusion of live action and third-person gameplay. And as spectacular as the third-person action segments look in the trailer below, it’s the live action bits, which include star talent like Shawn Ashmore (who plays the lead) and Aidan Gillen of Game of Thrones fame, that have drawn the most attention, as player’s actions in the game will be reflected in the live action TV show, having an effect on how it plays out. Whether this fusion of live action and traditional gameplay works out remains to be seen, although if Remedy can pull it off then Microsoft will have a sure hit when the game is released in 2016.