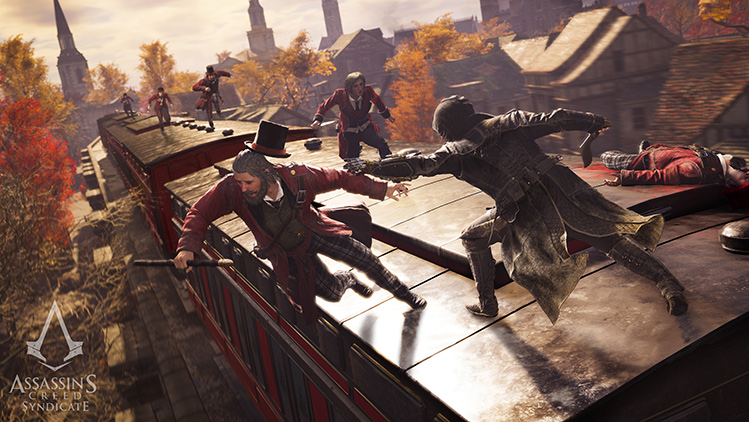 Industrial London is your playground in Assassin’s Creed Syndicate.

Assassin’s Creed Syndicate’s big innovation is that it features the series’ first playable female character in Assassin Evie Frye. Players can switch freely between Evie and her brother Jacob in the game’s Victorian London. And 19th century London is certainly the most detailed and massive setting for and Assassin’s Creed game to date, so it’s a good thing that the game features the new grappling hook and those horse-drawn carriages, letting players traverse London at a quick pace.

The grappling hook in particular made getting to the top of landmarks like St. Paul’s Cathedral easier, but also made climbing less of a joy in the game, and the carriages travelling through London’s cobbled streets that could be hijacked GTA-style were not as much fun as players expected. Also, the game’s story was the standard Assassins vs Templars fare with few surprises, although getting to interact with historical characters like Queen Victoria and Charles Darwin sure was appealing. Overall, Syndicate is a solid entry in the Assassin’s Creed series, and although not as revolutionary as many were expecting, it still is as much fun as the series has ever been.