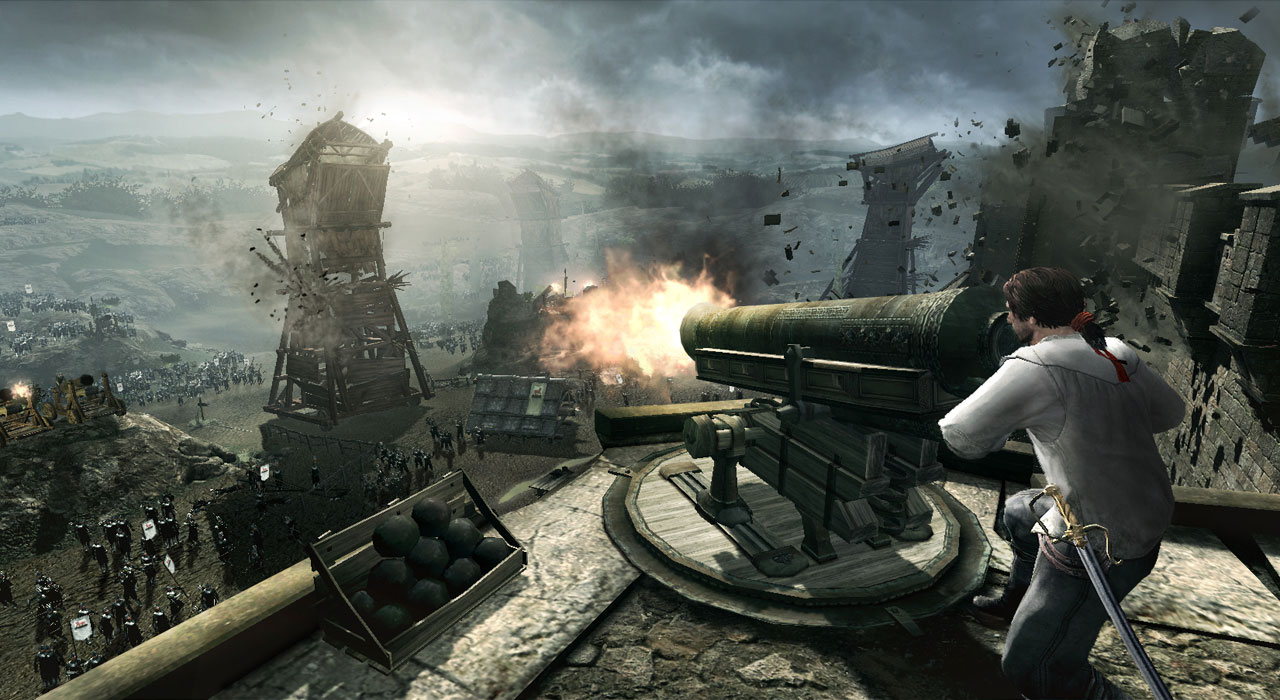 Brotherhood features one of the most exciting battles in the series.

Although well reviewed, Brotherhood was actually a let-down when compared to the seminal Assassin’s Creed 2. This is sad because the game begins spectacularly with a big battle at Monteriggioni (you know, Ezio’s home town in part 2), after which the action moves to Rome.

The city of Rome is of course a grand setting for a historically-themed series such as Assassin’s Creed. But certain buildings in this game (such as the Pantheon) just felt too damn big. Maybe they were trying to compensate for the fact that there is only one city in this game vs three in Assassin’s Creed 2, but the size of the buildings made climbing tedious instead of joyful.

Also, the story lacked the personal touch. While in the previous game Ezio was hunting for the murderers of his father and brothers, in this one it’s just Ezio’s Assassins vs the Borgias. But at least the story features that love scene between Catherina and Ezio.

In the end though, Brotherhood is a decent sequel and the Monteriggioni battle is one of the best bits of the entire series, it just fails to reach the heights of its illustrious predecessor.