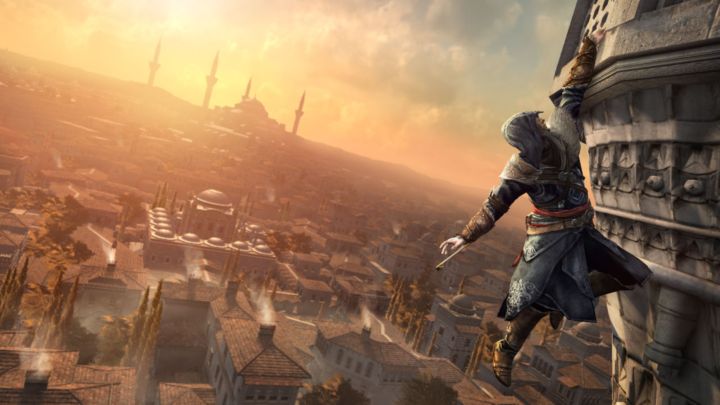 Revelations took the Assassin’s Creed series to the Middle East. It was set in Constantinople, a refreshing change from the Italian settings of its predecessors.

Revelations also wrapped up Ezio Auditore’s story, who is over 50 in this game. It certainly was fun to see a more mature Ezio romancing the Italian librarian Sofia. And searching for the truth of the Assassin order, in the end he discovers there is more to it than “Nothing is true. Everything is permitted”.

And as usual, the modern-day story continues. This time players are trapped in the Animus with the enigmatic Subject 16. We get to learn more about Desmond’s life in a series of weird puzzle-like sequences. These sections were not particularly fun, and neither was the tower defense mini-game you had to take part in to defend captured Templar dens in Constantinople. But nonetheless, Revelations is still an excellent entry and provides a satisfying conclusion to the Ezio trilogy of games.