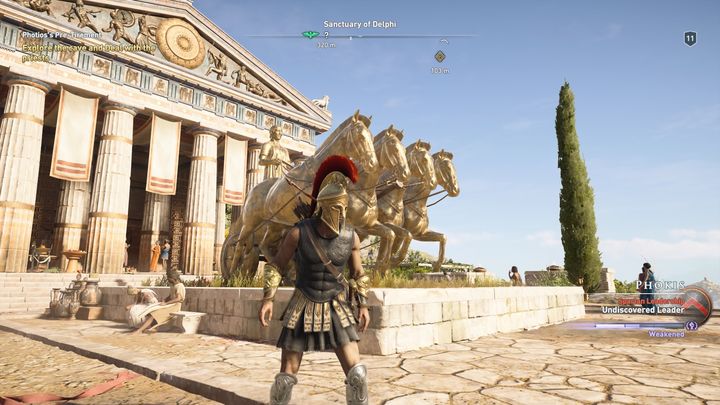 Ancient Greece is packed to the gills with things to do.

This game is set in ancient Greece, so you can imagine that amongst other things you can climb the Parthenon here. You know, that cool temple in Athens which is beautifully recreated in Assassin’s Creed Odyssey amongst the other great buildings of the era.

Even more important is the fact that this is the first Assassin’s Creed to offer dialog choices. This means you could finally get to choose what to say in conversation, even if this doesn’t have as much impact on the course of events as you might imagine. Also, you can play the entirety of this as a female character – the first mainline Assassin’s Creed to allow this. And Kassandra surely is a match for Alexios – the muscle-bound mercenary who’s your other character choice in this game.

Add to this a sweeping story that takes place across the Greek islands and which features more quests and places to see than all the other games in the series combined, and surely this is one Assassin’s Creed adventure you don’t want to miss.