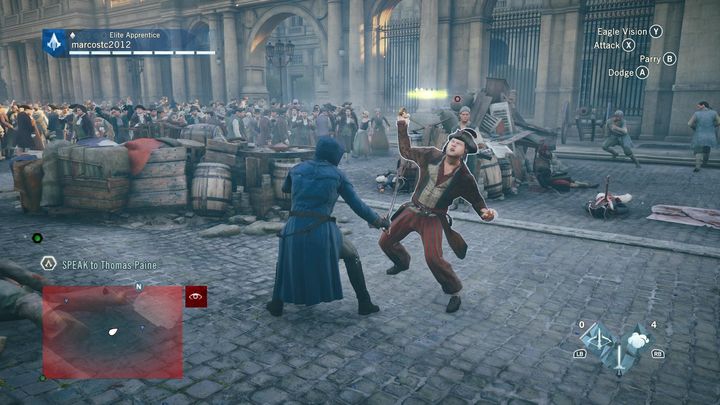 Thanks to its good story and graphical detail, Unity is up there with the best.

Unity was the first Assassin’s Creed game not to be released for the PS3 and Xbox 360 consoles, as it was a “next-gen” title only. So many gamers had great expectations for the game, hoping it would show off the graphical prowess of the PS4 and Xbox One. But sadly the game’s launch was something of a disaster, as it suffered from poor frame rates and crashes, and there were all sorts of funny glitches in the game, such as faces disappearing and characters walking through walls. At least those glitches were good for comedy value in a game that takes its story set in revolutionary Paris so seriously.

The game shined in the graphics department though, as its recreation of 18th century Paris was a sight to behold. It also had a decent story of betrayal and love, which focused more on protagonist Arno’s personal viewpoint and less on the major events of the French Revolution. In the end though, Assassin’s Creed Unity was probably a victim of its own ambition at launch. After some thorough patching, though, and the fact that it runs like a dream on new consoles like the Xbox Series X, this is an Assassin’s Creed game you won’t want to miss.