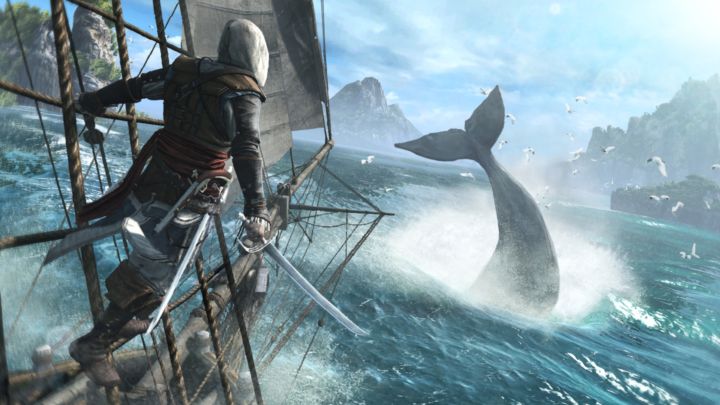 Ubisoft showed how cool pirates could be with Black Flag.

This game would be best described as Assassin’s Creed meets Pirates of the Caribbean. In this instalment, the ages-long conflict between the Templars and Assassins fades to the background, and Assassin’s Creed 4 instead lets you live the life of a pirate. The protagonist of Black Flag, Edward Kenway, gets to engage in all sorts of pirate stuff: assaulting and boarding Spanish galleons, exploring coastal cities such as Nassau, hunting whales with a harpoon and raiding ancient Mayan ruins in search of fabulous treasures. All this is great of course, if you ever dreamed of playing a Jack Sparrow-like character.

And while in this game you spent more time sailing the oceans aboard the Jackdaw (Edward’s ship) than climbing majestic buildings such as Havana’s cathedral, you still got to meet memorable characters such as Blackbeard and were treated to a surprisingly heart-warming ending. So this Assassin’s Creed game is only second to the masterpiece that is Assassin’s Creed 2.