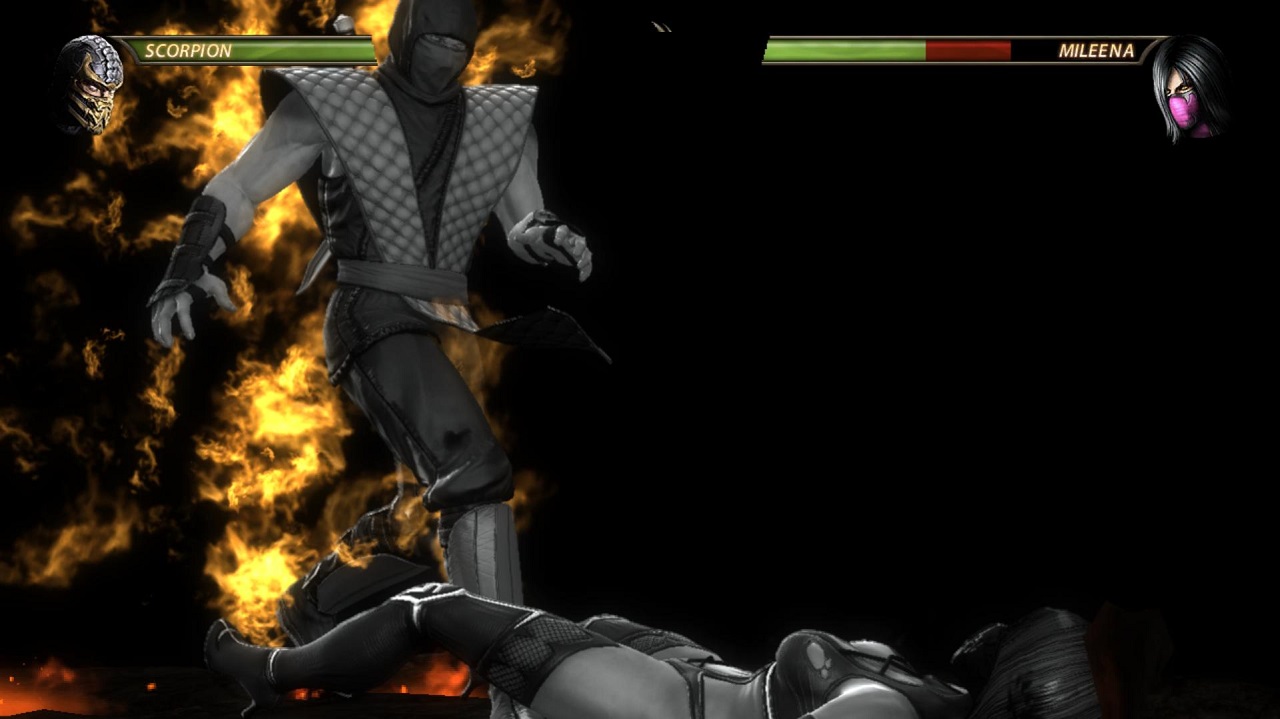 ADVERTISEMENT
Mortal Kombat was a fighting game that captivated a generation, and also got the press writing about video game violence and how children’s minds were being corrupted by this sort of game. As a matter of fact this game was considered so violent that the movie adaptation (made in 1993) had to tone down the violence, and instead focus on the game’s supernatural elements. So the movie did not show any of the game’s gruesome fatalities.

Ah, the fatalities. After winning a match, a disembodied voice would announce “Finish Him!” and you knew the time had come. In the latest game, if you were playing as the undead ninja from hell Scorpion you could perform a fatality that was gory, bloody and would leave your opponent in pieces.