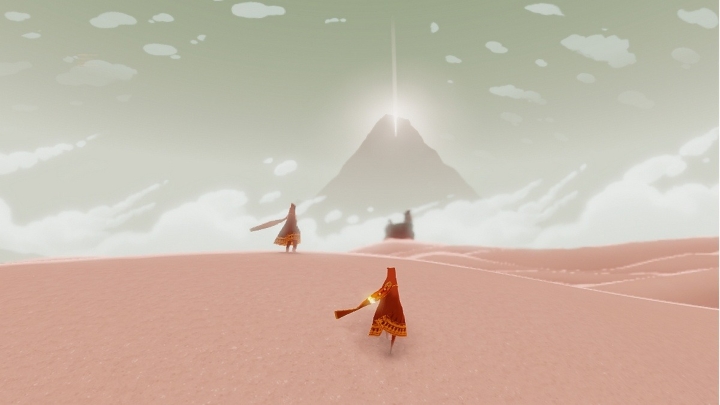 Beautiful graphics and music made Journey a fantastic gaming experience.

Even though some thought Journey was more of an “experience” than a video game, this was still a captivating game from beginning to end, an atmospheric adventure starring a mysterious robed figure attempting to reach a mountain on the horizon. And the game not only featured superb graphics and great atmosphere, but also a phenomenal musical score by composer Austin Wintory that responded dynamically to the action onscreen.

Journey, then, was the sort of game that managed to be moving despite having almost no exposition and no dialog. But the sense of wonder and being able to play with strangers in order to complete the game made it one of the best gaming experiences available to PS3 players in the previous console generation, and one video game that’s surely not to be missed.