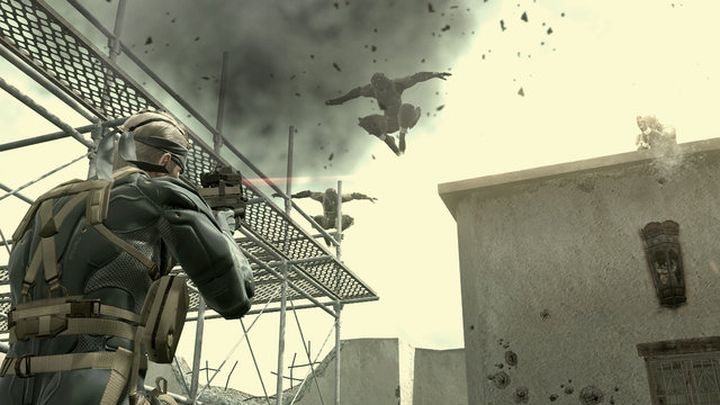 Protagonist Solid Snake starred in another thrilling adventure in Guns of the Patriots.

This Metal Gear Solid instalment managed to leave many gamers stunned back in 2008 due to its Hollywood-calibre story and mind-blowing action. And like earlier Metal Gear Solid games, the visuals and audio in Guns of the Patriots were also top-notch, featuring highly detailed character models, backgrounds and clever camera angles, plus the voice acting by the game’s cast was superb too.

Of course, some dismissed Japanese designer Hideo Kojima’s game due to its over the top story and the fact that playing through its extensive single player campaign took a whole lot of commitment… But still, this was undoubtedly a rewarding experience and also one of the best action and stealth video games seen during the PS3 generation, and is arguably only second to 2015’s superb Metal Gear Solid V: The Phantom Pain in the Metal Gear Solid series.