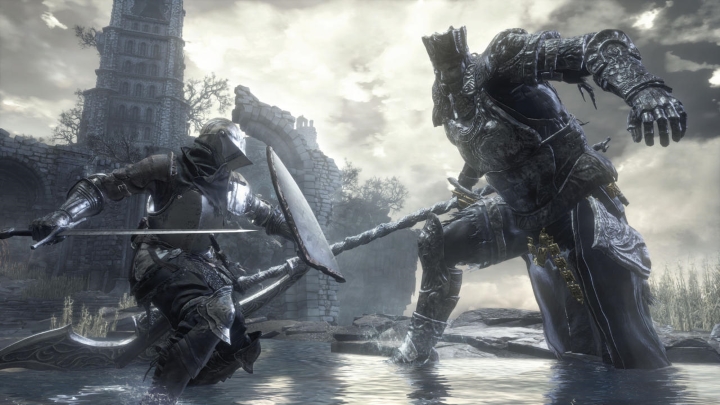 Dark Souls 3’s enemies will be as brutal as ever.

Ever since the Souls series debuted in 2009 with the fantastic Demon’s Souls, gamers have taken to Japanese designer Hidetaka Miyazaki’s games due to their great atmosphere, nasty and brutal enemies, and their cryptic and thought-provoking stories. And although Miyazaki did not take care of directing duties for Dark Souls 2, as he was busy working on the great Bloodborne game instead, the Japanese designer will lend his magic touch to Dark Souls 3.

And a new slew of screenshots for the game shows that players will have to contend with brutal enemies as in the previous games, like the giant armoured chap wielding a halberd in the screenshot above. And a trailer shown at last year’s Gamescom showed that the game’s action will be faster paced and that magic and weapons like the bow will allow for different playstyles, in what could be one of the best Dark Souls games made to date.