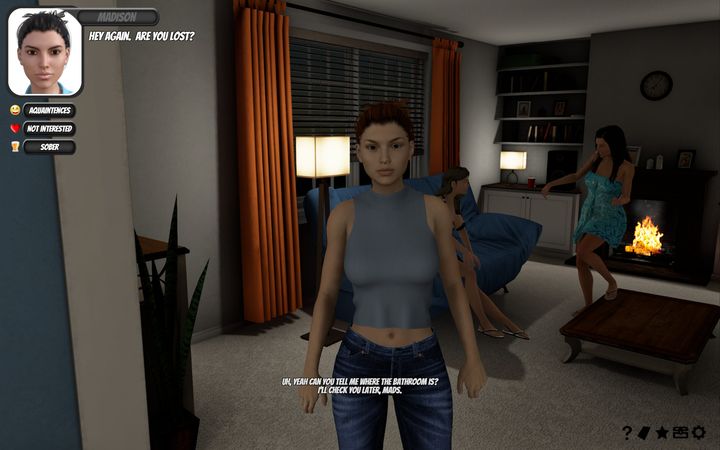 ADVERTISEMENT
Video game sex has always been controversial, with some arguing it’s a pointless addition to games (and I’m inclined to agree with this). The latest sex video game to cause controversy in 2017 was Eek! Games’ House Party, a game which got banned from the Steam store due to its sexual content.

Because it’s clear House Party was making a few people uncomfortable (some even called it “pornographic”) due to its sex scenes, and some questionable content like dirty, adult talk could be found in it too…

In the end, though, the game was reinstated on Steam after both the developer and a few angry gamers complained about the ban. This is a move that makes sense taking into account other high-profile games like GTA V have their share of sex scenes and deal with mature issues too, so likely many will consider House Party’s return to Steam as a victory for free speech no doubt.