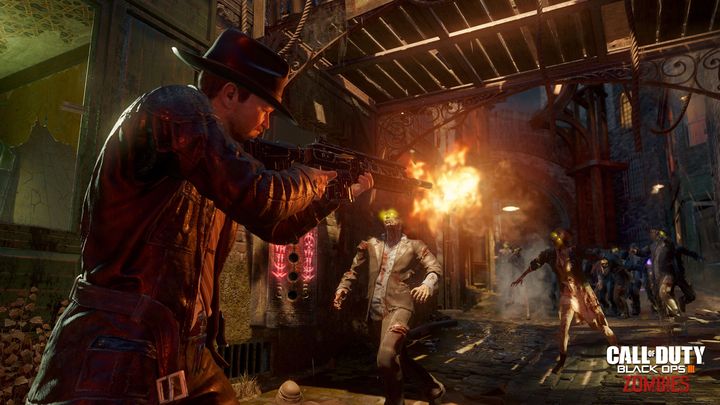 Even if the single player campaign wasn’t up to much, zombies did shine in this Call of Duty game…

Call of Duty: Black Ops III, made by the studio behind the previous Black Ops games, was something of a mixed bag. Its campaign had a far-fetched story even by Call of Duty standards, based on CIA conspiracies, experiments gone wrong, psychic abilities and even sentient battle robots…

So it’s clear that the single player wasn’t the best, although Treyarch did spice up the multiplayer side of things with the addition of Specialists, super-soldiers with special abilities and weapons, but clearly the zombies mode got the most love in Black Ops III. Mowing down the zombie hordes in an original 1940s story was great fun in this Call of Duty game, and also being able to replay the campaign in a zombies setting did make up somewhat for Black Ops III’s other misgivings.