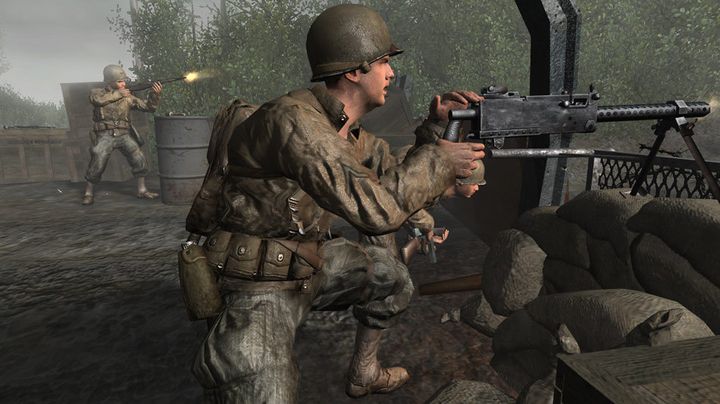 Call of Duty 2 gave players more of the same, and did it well.

Given the massive success of the original Call of Duty game, it was logical that Activision would commission Infinity Ward to produce a sequel to the best-selling World War II shooter. And Call of Duty 2 was a worthy successor to the original, boasting another top-notch single player campaign with accurately recreated World War II guns and battlefields that was a joy to play through. And the Pointe du Hoc mission in France, that had players climbing cliffs while German troops rained gunfire on them, was one of the most memorable in a Call of Duty game to date.

The game’s ace sound and large number of soldiers on the battlefield also added to the realism, plus the multiplayer modes added to the fun factor in what surely was a worthy sequel to the original game.