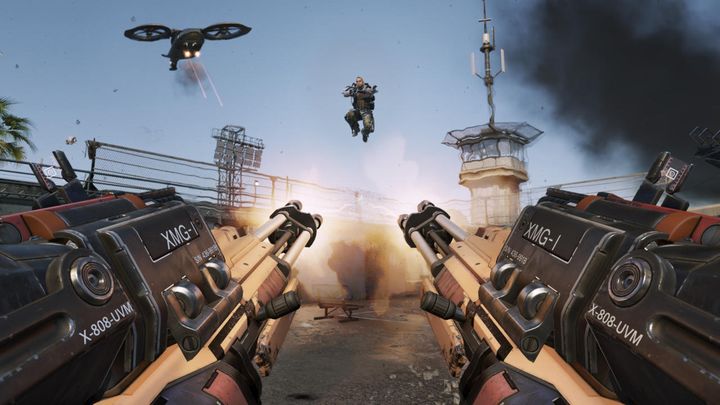 Call of Duty: Advanced Warfare took the series further into the realm of sci-fi.

Call of Duty: Advanced Warfare took the franchise further into the future, and its entertaining single player campaign featured a single character (as opposed to the multiple protagonists of earlier instalments), who discovers that an overambitious military corporation led by villain Jonathan Irons is up to no good. Irons was played by Hollywood star Kevin Spacey, who did both voice work and motion capture for the game, and who lent his likeness to the game’s villain.

The campaign’s story was engaging but unoriginal, but the multiplayer still shined in this Call of Duty game, thanks to the addition of futuristic technologies like the exoskeleton, giving players a mobility boost on the battlefield and even the ability to cloak, and making up for the disappointment that was the earlier Call of Duty: Ghosts.