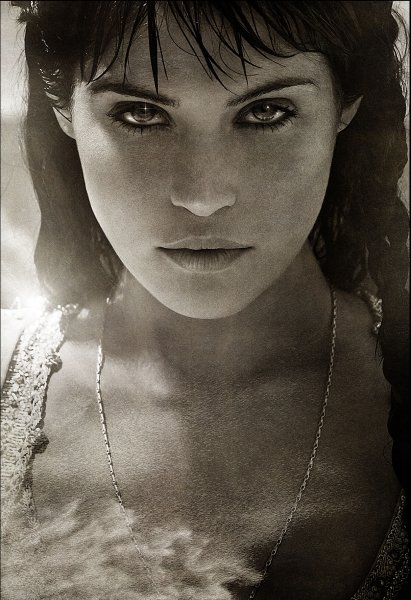 ADVERTISEMENT
Gemma Arterton is one of those women lucky enough to have been a Bond Girl, as she starred alongside Daniel Craig in the 2008 Bond hit Quantum of Solace. And in that movie she shared a steamy scene with Daniel Craig that certainly shows off her sexy physique.

She also played princess Tamina in Disney’s Prince of Persia movie. So this is one lovely actress with more than one blockbuster on her resume.

And as far as the Prince of Persia movie is concerned, it’s definitely a love it or hate movie. It had a convoluted plot involving time travel and the likes of Ben Kingsley appeared to be phoning his role in. It also cost a massive pile of cash to make (200 million US dollars) and did not make enough money for Disney to consider it a success. But it was enjoyable overall with Gemma Arterton shining throughout, looking sexy and playing princess Tamina with flair.