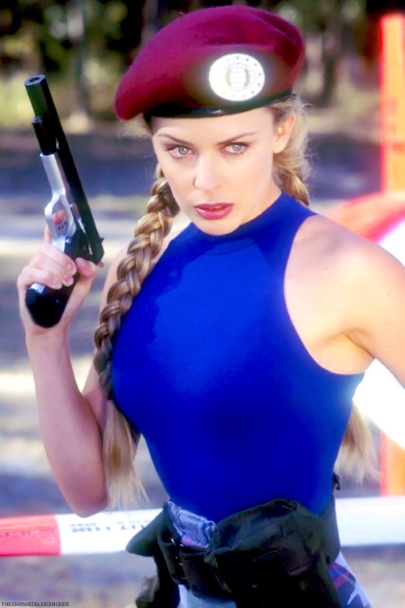 ADVERTISEMENT
Back in the 90’s, Kylie Minogue already was a renowned singer who was popular worldwide, and had won many awards. The fact that she is one of the best-looking singers around certainly gave her career a boost, and many magazines (well mostly men’s magazines) have included her in their “top sexy” lists. She was even voted the number one sexiest celebrity in the world by UK magazine Heat.

So it makes sense that director Steven E. de Souza wanted to take advantage of her star power, by giving her the role of Cammy White in his 1994 Street Fighter movie. And while this movie was panned by the critics, it did quite well at the box office, and fans of the Street Fighter series of video games were certainly thrilled by Kylie Minogue’s fighting moves and her sexy physique.