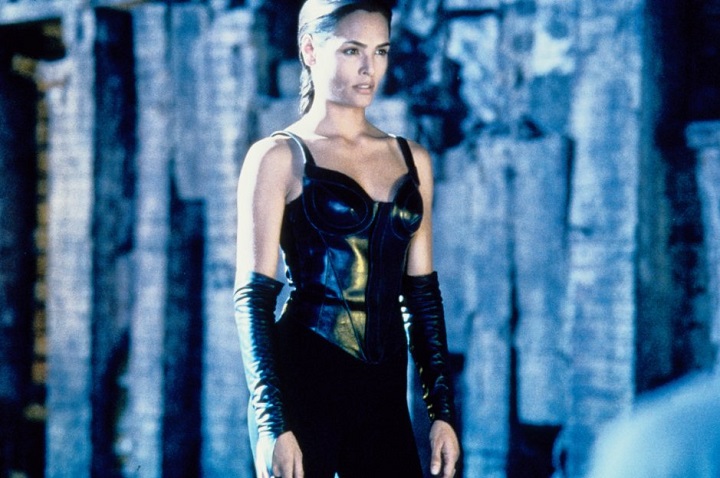 ADVERTISEMENT
Like Gemma Arterton, Talisa Soto is another woman who made the James Bond hall of fame. She played Bond Girl in the 1989 movie Licence to Kill, starring alongside Timothy Dalton. But she is perhaps better known to video gamers for having played princess Kitana in the Mortal Kombat flicks. As a matter of fact the original Mortal Kombat movie (1995) is definitely one of the best video game movies ever made, based on the Bruce Lee classic Enter the Dragon and featuring cool video game-style fights between the Mortal Kombat characters.

In that movie, we got to see princess Kitana fight Liu Kang (played by Robin Shou), and Talisa Soto proved that she could hold her own in a martial arts fight. And having been a fashion cover girl before breaking into the movie world, it is not surprising that she delighted movie audiences with her sexy physique (and those martial arts moves!)