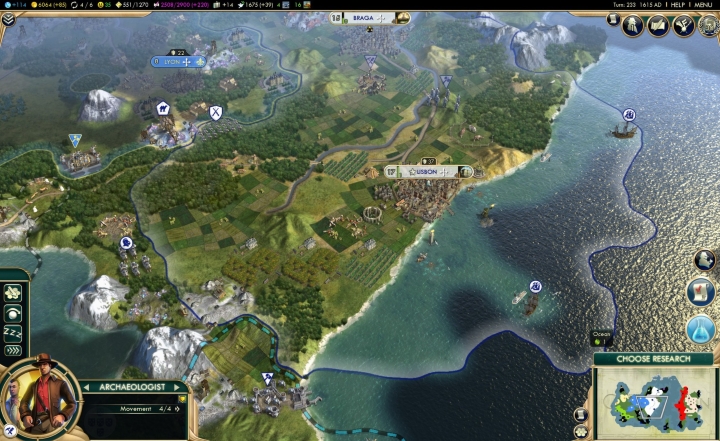 ADVERTISEMENT
After the best-selling Civilization IV, Civilization V arrived in 2010 with a surprise, as the map was no longer composed of squares, but rather hexagons… This offered new graphical detail: you could zoom in and see cattle grazing on grass and wonders like the Colossus being built, for instance.

The other big change was that military units could not be stacked, adding depth to combat. Civilization V’s later expansions rounded out the package, making cultural and diplomatic victories just as viable as warfare. This also added new civilizations like Venice, which cannot build cities but is a force to reckon with in the game.

Of course, playing a game on a random map against classic civs ranging from America (which is led by George Washington in the game) to Gandhi’s India and Genghis Khan’s Mongolia was as engaging as ever, keeping players awake to play one more turn in what is the definitive turn-based strategy game of the 2010’s decade.