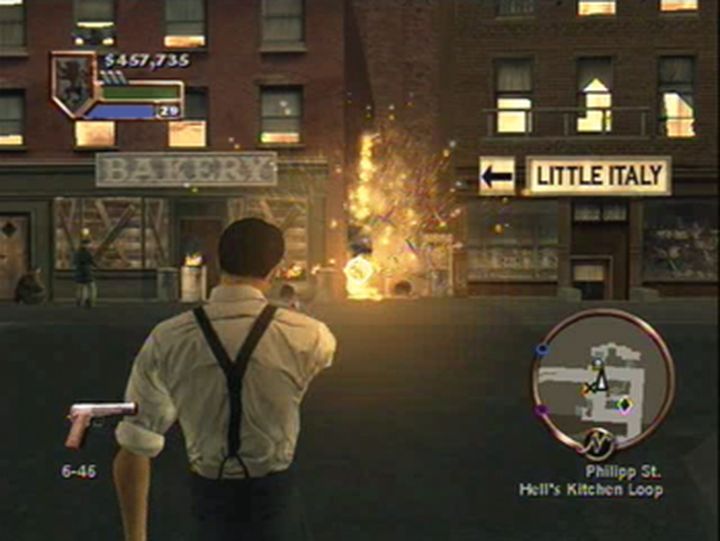 ADVERTISEMENT
This GTA clone is based on the legendary Godfather movie, and its campaign follows the events of the 1972 classic. So you can guess the game’s plot is far better than average, even if it doesn’t follow the narrative to the letter as some scenes from the movie are missing though. But at least the key characters look just like in the film, and some of the voiceovers (such as that for mob boss Vito Corleone) were done by the movie’s real actors. Also, the campaign has some good multi-stage missions that rival some of GTA’s best, like one in which players have to escort good old Vito himself to hospital and then protect him from rival Mafiosi while there.

Aside from the main campaign, players can also take part in few side activities in the game’s pretty good recreation of New York. These include boxing and flirting with the ladies (which if not done right can have a negative effect on your character’s reputation…) But perhaps the most interesting of these is taking over rival mob families’ businesses, which are often a front for rackets like gambling dens. Add to this a good arsenal of weapons like the punchy shotgun and the satisfying finishing moves you can perform on enemies, and this is certainly one of the top GTA clones we’ve seen to date.